With approximately 330,000 square kilometers of land space, is estimated to be suitable for cultivation and 80% of its population living in rural farming communities, South Sudan has the potential to become Africa’s granary.

Sorghum, the fifth most important grain crop in the world, is the country’s most important food staple
and grows in all its agro-ecological zones. Not only does sorghum have the potential to make South
Sudan food secure, but also to make the country a key player in the US$80 billion a year global cereals industry. 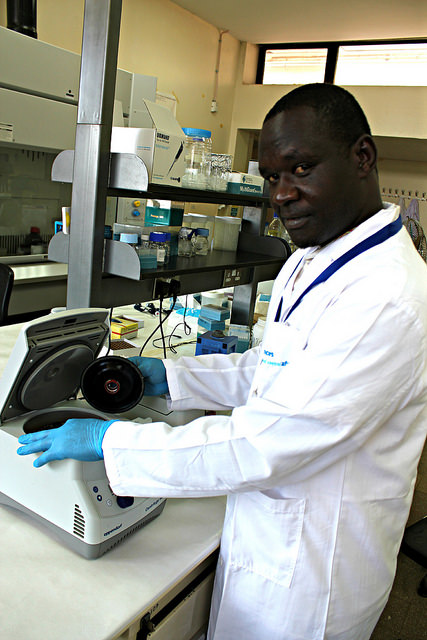 Richard Opi B. Zozimo, a research assistant at South Sudan’s Ministry of Agriculture, Forestry, Cooperative and Rural Development has spent six months analyzing the diversity of sorghum landraces in the country. He believes increased investment in research will help his country benefit from this crop.

Zozimo says “Although it is such an important crop to South Sudan, the genetic information of sorghum is not well documented.”

“There are varieties of sorghum in my country with traits that can be harnessed to increase productivity, such as early maturation and the ability to withstand flooding,” stated Zozimo, “my research will help unveil all this information for use in national breeding programs,” he added.

South Sudan’s government is committed to transforming the largely traditional subsistence approach to farming into a market oriented, environmentally sustainable profitable enterprise.  With support from programs like the ABCF, national scientists and their collaborators can access the tools necessary to advance agriculture and impact the country’s economy.