“The hitherto overlooked Brachiaria grasses have returned home to Africa and have been warmly embraced by smallholder dairy farmers in eastern Africa.”

Presenting a paper co-authored by nine scientists from seven institutions including the BecA-ILRI Hub, Dr Brigitte Maas from International Center for Tropical Agriculture (CIAT) gave an overview of the research, successes and challenges of adopting improved Brachiaria hybrids Mulato and Mulato II in the African context during the 6th All Africa Conference of Animal Agriculture in Nairobi on 27 October 2014.

Brachiaria grasses have higher nutrient content than most commonly used forages. They are adapted to drought and low fertility acidic soils. These grasses are good for the environment as they enhance nitrogen use efficiency, sequester carbon, and reduce greenhouse gas emission and ground water pollutions. These attributes make Brachiaria one of the most widely cultivated forages in South and Central America, and Australia where they have been shown to increase milk and meat yields in cattle. 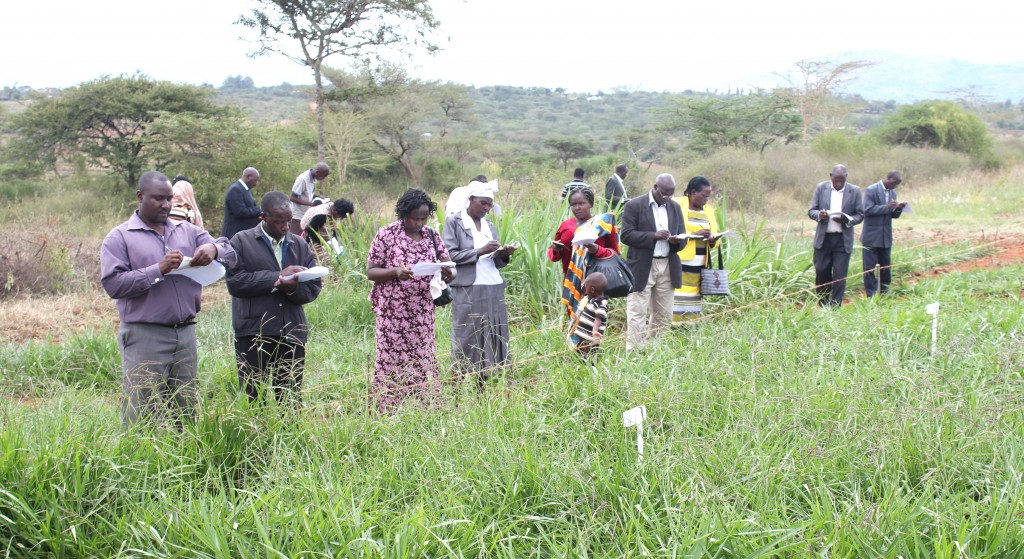 Re-introducing Brachiaria grasses to their native home
Despite the fact that they are native to Africa and that they occur plentifully across many regions of sub Saharan Africa, these grasses are yet to be explored and fully utilized as forage on the continent. However, thanks to the implementation of a Swedish funded research program “Climate-smart Brachiaria grasses for improved livestock production in East Africa” which is led by BecA-ILRI Hub in partnership with CIAT; Kenya Agricultural and Livestock Research Organization (KALRO); Rwanda Agriculture Board (RAB); and Glasslanz, the anonymity of these “wonder grasses” is coming to an end. The heightened publicity of the importance of Brachiaria grasses and as a strategy to mitigate the effects of climate change has resulted in substantial interest in these grasses among farmers, researchers and policy makers across the continent.

While improved varieties developed in Latin America are being tested in Africa, challenges from pests and diseases have been observed on these imported varieties. The grassed developed in South American conditions have already been observed to be vulnerable to spider mites; sorghum shoot fly, and a number of fungal diseases that are currently in the process of identification. This has necessitated a deeper investigation into locally available diverse genetic resource in Africa to identify the pest and disease resistant varieties.

Finding the best local varieties for the African context

Dr Sita Ghimire, lead scientist in the BecA-led project on Brachiaria, examines one of the varieties under testing at the KALRO-Katumani experimental field. (photo credit: ILRI/Samuel Mungai)

Since Africa hosts a high genetic diversity of Brachiaria, the way forward would be the utilization of this untapped genetic resource to breed varieties that are suitable to the African context. The BecA-ILRI Hub-led project is exploring local ecotypes and gene bank accessions of African origin for drought tolerance, pests and disease resistance and biomass yields. This program consists of four main components – evaluating Brachiaria genotypes for drought tolerance and adaptation to marginal soils; evaluating varieties for biomass production, animal nutrition (including feeding experiments) and seed production; identification and use of phytobiomes for potential agricultural applications as bio-fertilizers, bio-pesticides and bio-yield enhancement agents; and the building the capacity of African scientists to conduct research on Brachiaria grasses. 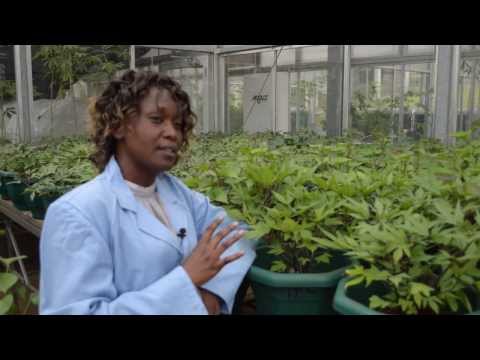