A partnership catalyzed by the Biosciences eastern and central Africa-International Livestock Research Institute (BecA-ILRI) Hub to improve testing for aflatoxins in maize flour will feature at a side event during the 7th Africa Agriculture Science Week and the Forum for Agricultural Research in Africa (FARA) general assembly, next week (from 13-14 June 2016).

The partnership brings together the Kenya Cereal Millers Association—which has over ten million customers, including the urban poor—and the Texas A&M AgriLife laboratory which is hosted at the BecA-ILRI Hub. It is enabling millers to accurately perform their own tests for aflatoxins in maize flour, reducing aflatoxin risk and improving food safety for an estimated 16 million Kenyans. 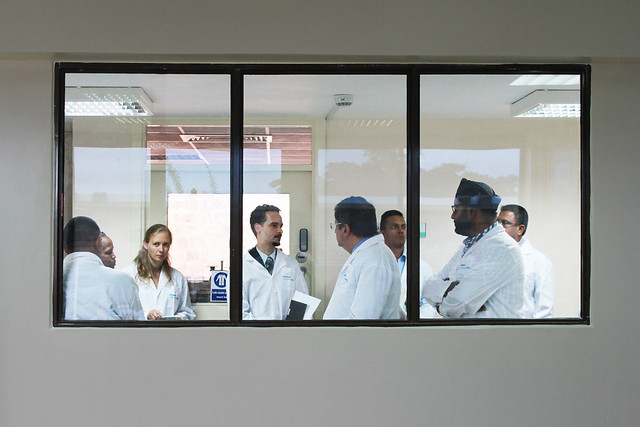 Paloma Fernandes, the chief executive of the Kenya Cereal Millers Association, will give a presentation on industry-led approaches to controlling aflatoxin in the country’s food supply chain at the ‘Strengthening systems to optimize agriculture and nutrition outcomes in Africa’ side event.

A vision for safe, affordable and adequate food